CoderDojo ABQ has been one of the most fun and rewarding experiences I have ever had. I have to thank the community of Quelab and all of their encouragement, support and volunteers. Without such an amazing community this would not have been possible.

I have put together a list of numbers people might find interesting. These are rough numbers and I know there are several issues:

So with that in mind the absolute numbers are probably under reported in quantity and age, but the metrics will be close. 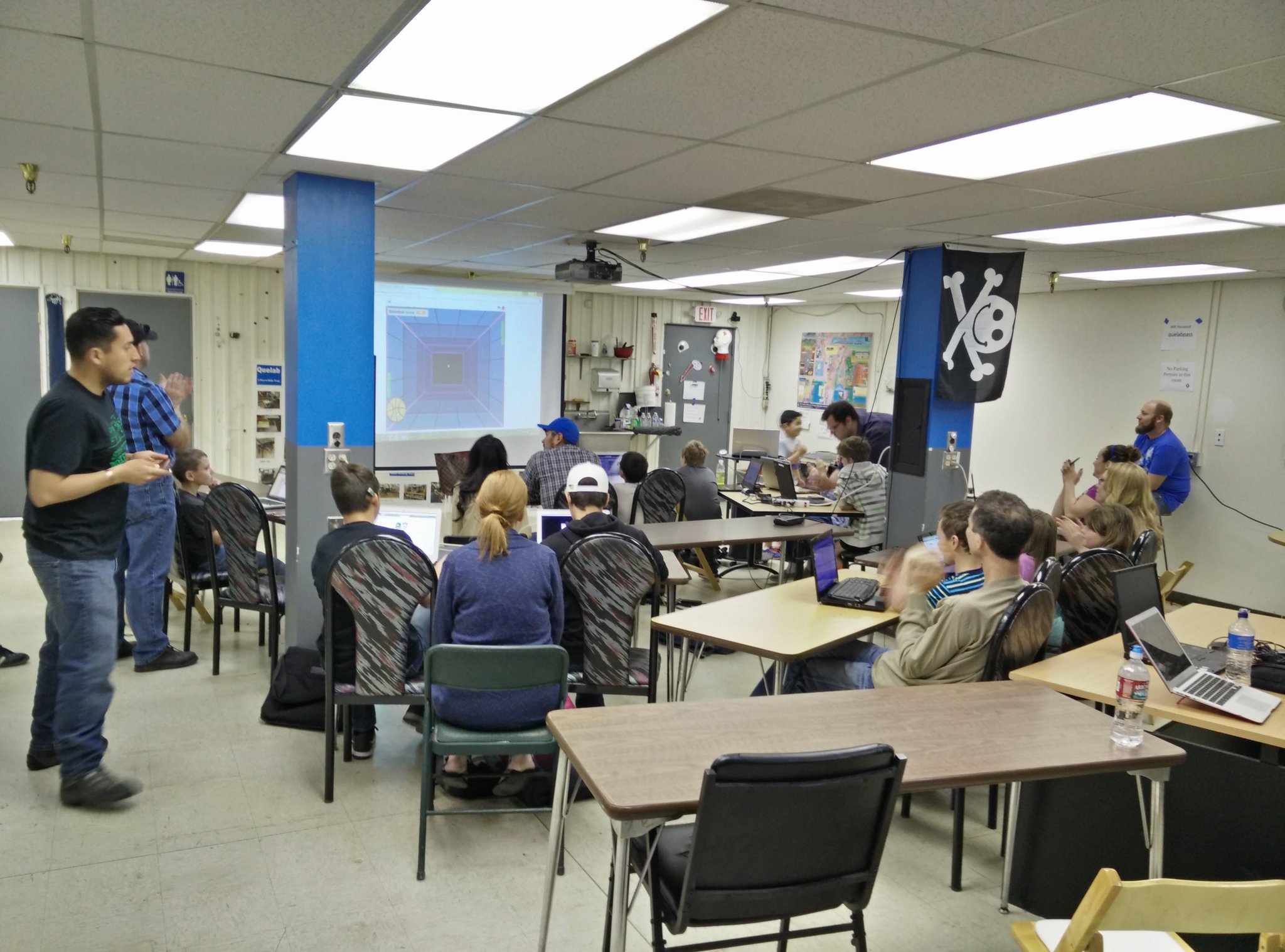 There were 17 sessions of CoderDojo ABQ.

This is an average attendance of 9.6 youth, however, this is heavily weighted by the massive attendance when it first started. Typically 6 – 10 come now (median is 8). 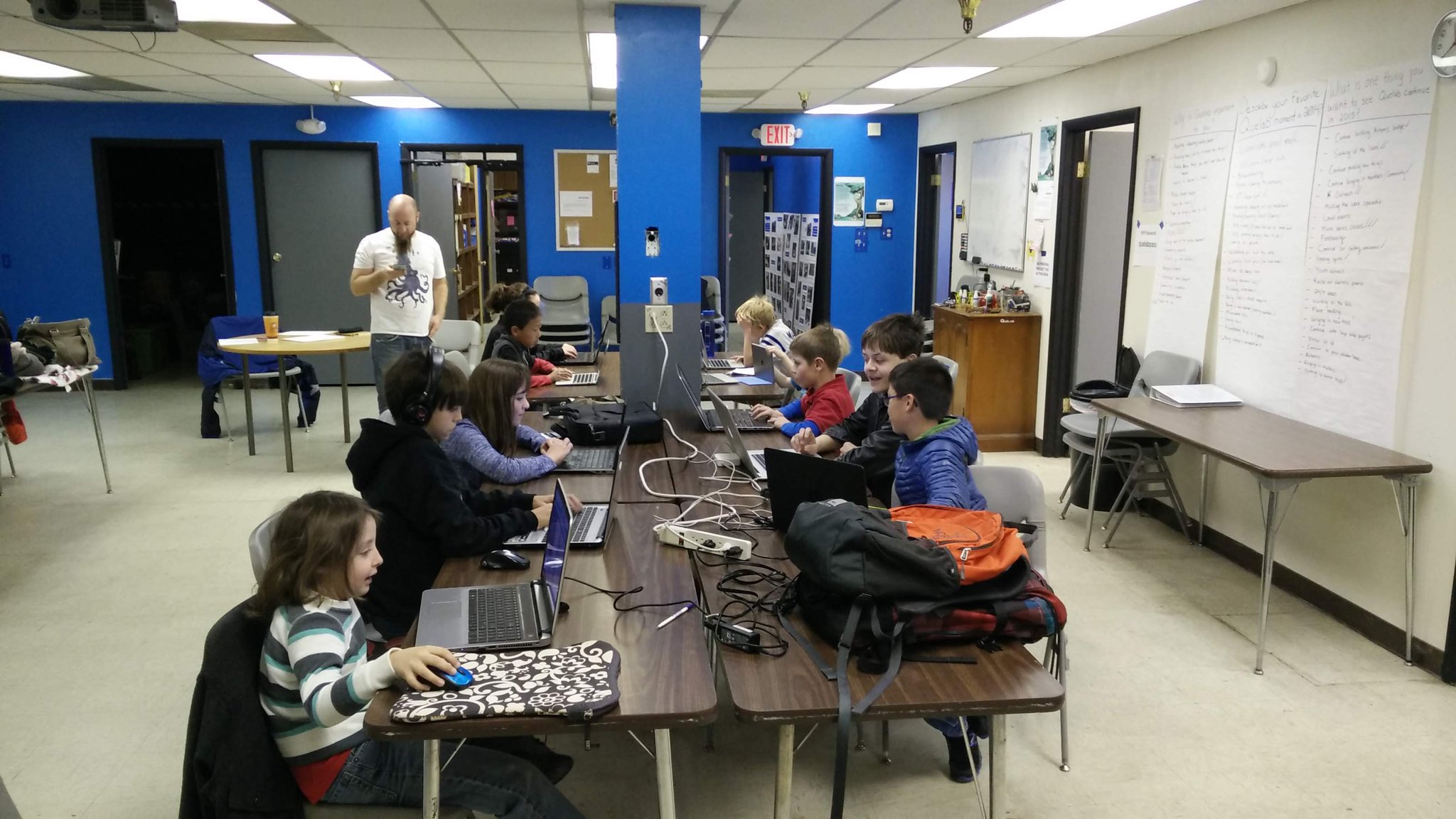 This has been an extremely rewarding experience. The best part is when the just ‘get it’. Either they start understanding it or just feel comfortable enough with programming to start experiments and breaking the system. For example, when they start putting things into infinite loops, knowing it will break, but wanting to see how or in Unity when they start messing with gravity or collisions or speeds knowing it will mess up, but wanting to see how.

I have come to believe that basic programming is going to become a new literacy and I am excited to give these kids a head start on it. I have to constantly balance the desire to get every kid in here, with the fact that packing Quelab is with kids is stressful. I do prefer the smaller sizes now than the larger sessions from when it first started. I don’t get to learn about each youth as an individual and spend most of my time trying to organize things and stressing out. I do want more kids to have a chance to program and hope schools, libraries, etc will offer more chances to code. Even more I hope other enterprising individuals will start more CoderDojos in Albuquerque at different times and locations or other opportunities for kids to program.

Here are the three biggest challenges I have faced. 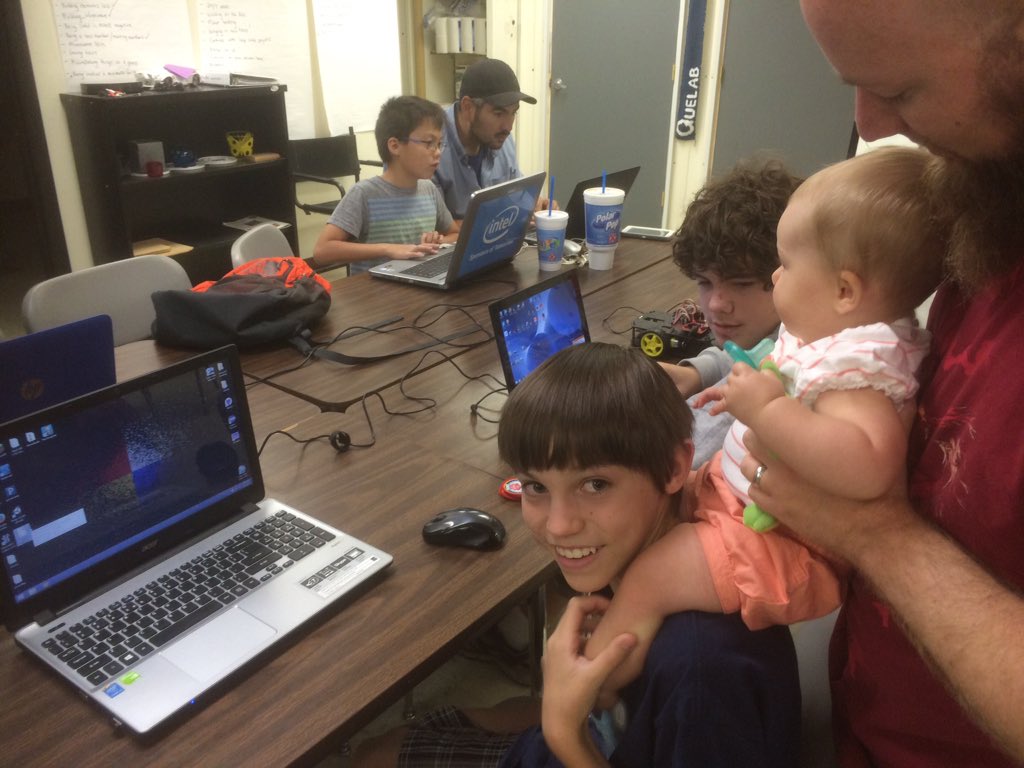 For 2016 CoderDojo ABQ is going to switch to the 1st and 3rd Saturday of the month, still at Quelab and still 10 – Noon.

The first session for the year is January 16th and registration is on the CoderDojo Zen.

I look forward to an even better and more exciting year of coding with kids.